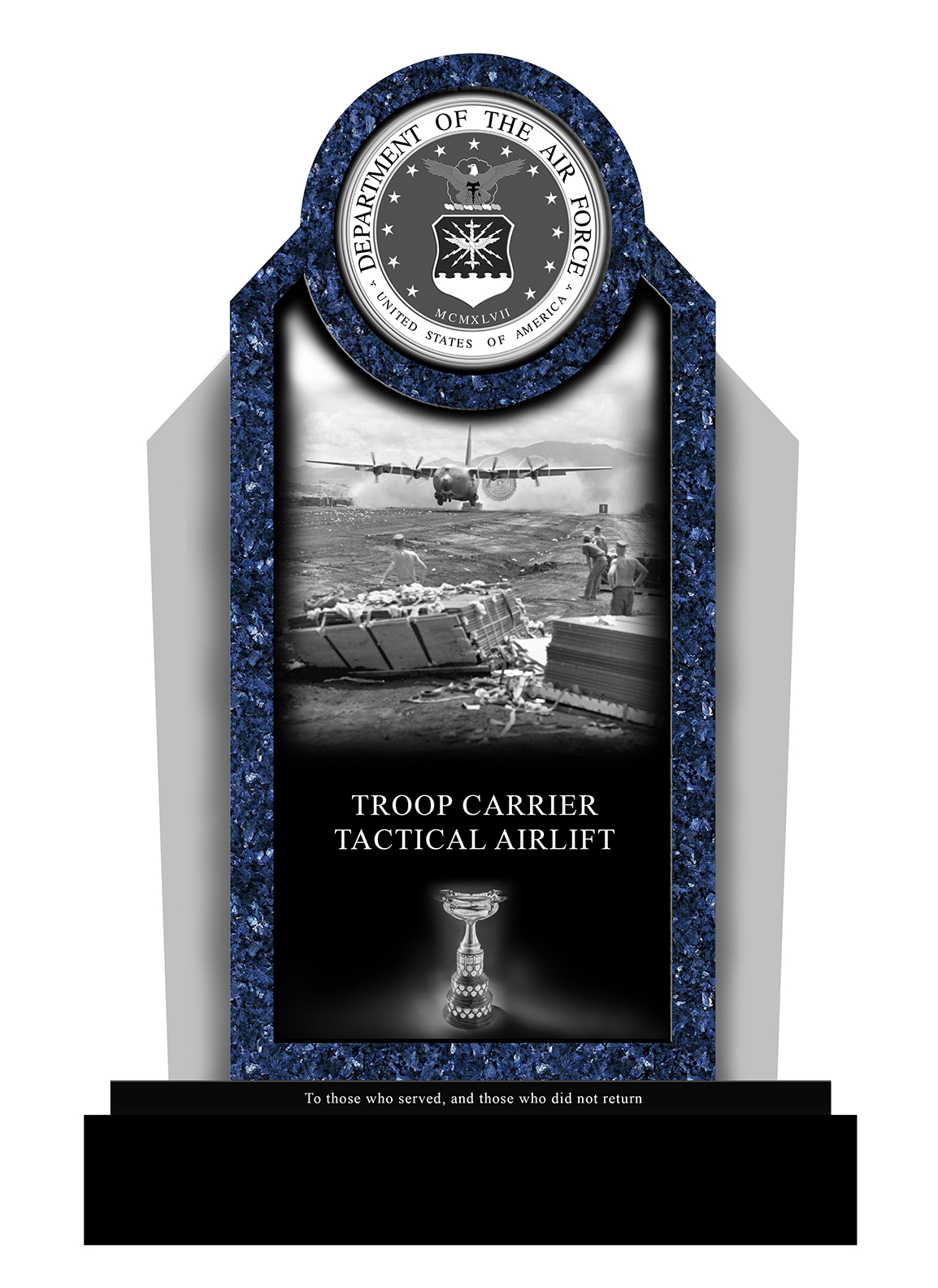 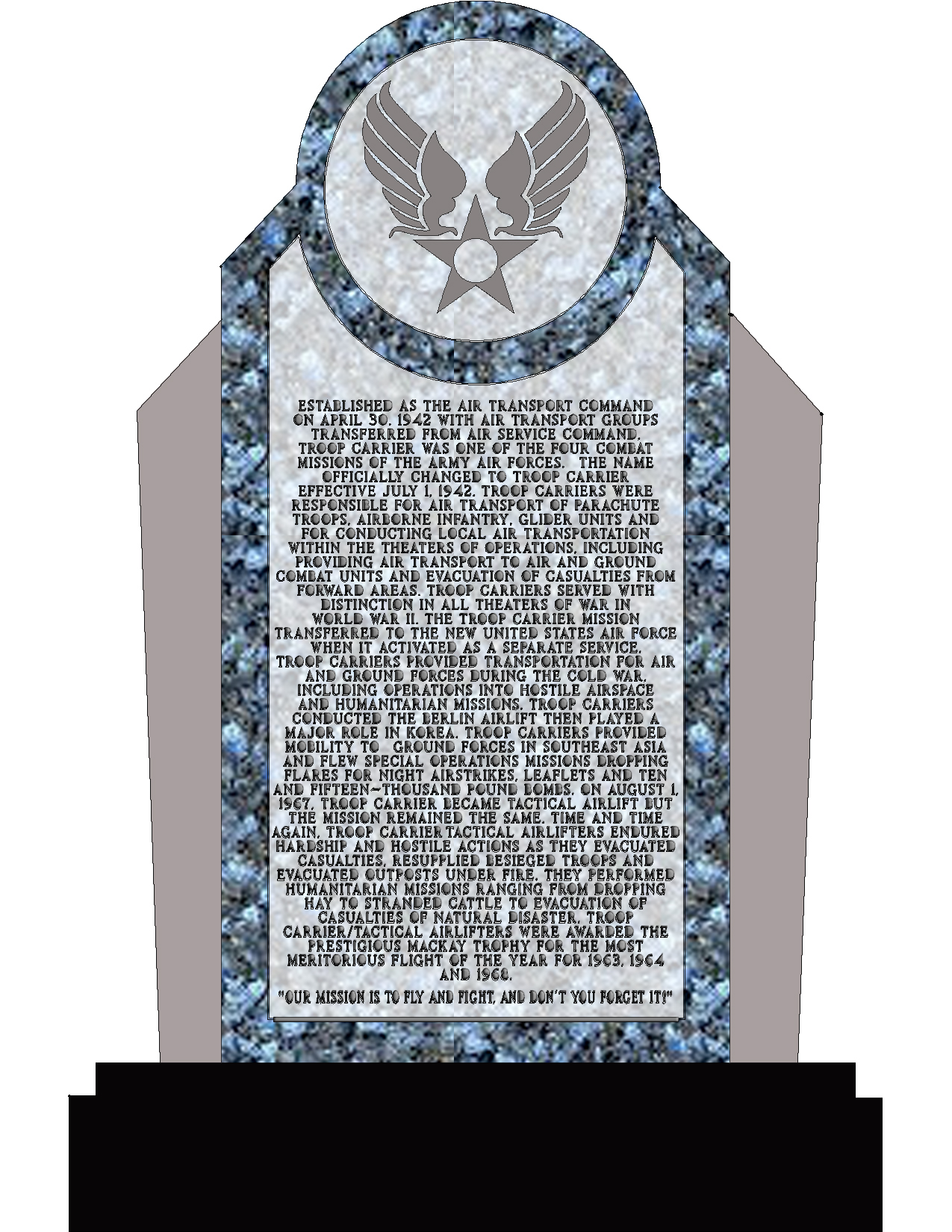 In a recent Email conversation, a military buddy commented that "I just feel the Combat Airlifters never got the recognition they

deserve." My friend is 100% correct, which is why the Troop Carrier/Tactical Airlift Association is changing that. In October 2014, the Association voted to place a memorial to Troop Carrier and Tactical Airlift at the US Air Force Museum in conjunction with a members meeting in October 2018. The above design was developed by Dodd Memorial, a well-known memorial company in Ohio, and was approved by the membership at the 2016 meeting in Little Rock. Although the graphic on the front is of a C-130B on a LAPSE drop at Khe Sanh, the memorial is representative of ALL troop carrier and tactical airlift operations from World War II through the Vietnam War and continuing to the present day. The memorial will stand 84 inches high and will be 48 inches wide. It will be made of gray granite with a black granite base with Norwegian Blue granite inlays. It

Update - The memorial was funded and was placed at the USAF Museum in October 2018 as planned. I was not involved in the fund-raising and placement of the memorial because I was more or less shoved aside by the president after I declined to remain as the Association secretary. He said only officers and board members could be involved in Association projects. I said okay and got out of it. I was not present at the dedication and have never seen the memorial and never plan to as I've been to the museum numerous times and have no desire to go back. I am happy that troop carrier is finally represented at the museum.