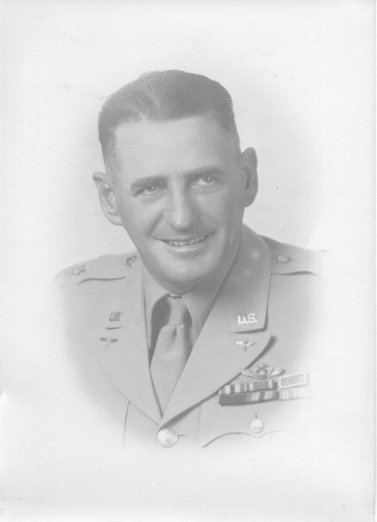 To read the full story of Pappy Gunn and his family, get a copy of his son Nat's book

My new book about Pappy!

The 3rd Attack Group used the B-25s with great success against the Japanese but there weren't enough of them to go around, so some crews continued to fly combat in the A-24s. But a disasterous mission in New Guinea in late July led Big Jim Davies to decide to discontinue operations with the dive-bombers. Prior to leaving Savannah Georgia, the 3rd had been flying A-20 light bombers and their airplanes finally began arriving in Australia in April but when the bombers were off-loaded from the ship, they were discovered to have been shipped without either guns or bomb racks. When Pappy Gunn inspected the A-20s he advised Davies that the gun installations were inadequate - he wanted to remove the bombardier's station and pack the nose full of .50-caliber machineguns and use them for low-level attack. As it were, Australia had plenty of .50-caliber guns around, wing-guns that had been salvaged from wrecked fighters. Gunn worked up a nose package of six machineguns, with four in the fuselage and one mounted on either side. He was in the midst of the modifcations when Major General George C. Kenney arrived at Charter Towers on an inspection tour in early August. Kenney had recently taken command of Allied air forces in Australia, including American units - which he organized into the United States Fifth Air Force - and was getting acquainted with his men. He found Pappy Gunn working on the A-20s and when the installation was explained to him, he asked if they could build bomb racks that could carry the 27-pound fragmentation bombs he had himself developed before the war, and which had recently arrived in Australia. Pappy said it would be no problem - the concept of spreading fragmentation bombs all over a Japanese airfield or troop positions appealed to him. 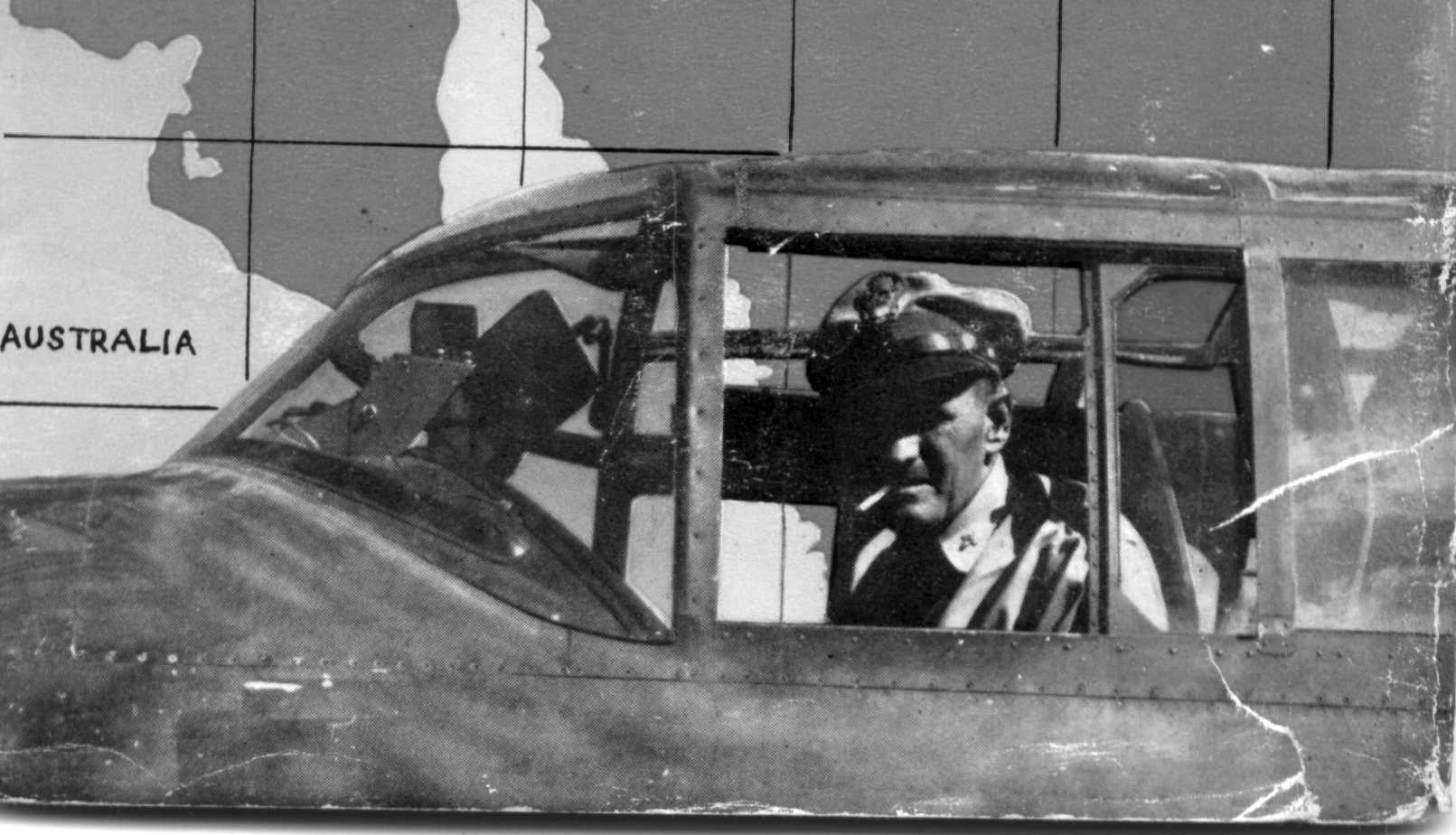 Kenney was very impressed with Pappy Gunn; he recognized that he had just met a fellow innovator. And, he realized that Gunn's talents were too many to be restricted to a single unit. He informed Major Gunn that, effective immediately, he was relieved of his duties with the troop carriers and was transferred to his personal staff. However, he could remain at Charter Towers long enough to train the Army mechanics to complete the installation of the guns and bomb racks on the A-20s.
Historians - particularly naval historians - consider the Battle of Midway as the turning point of World War II. That's when a formation of SBD "Dauntless" dive bombers got lucky and sank most of the Japanese carrier force in five minutes. But after Midway it was more than a year before the US Navy was able to go on the offense in the Pacific. The Army went on the offensive in New Guinea as soon as Pappy Gunn completed his installation of the nose guns and the para-frag bomb racks in the A-20s. The real turning point of the war was when Pappy Gunn decided to turn the A-20 from a light bomber into a formidable ground attack weapon.
The A-20 gunships were a feather in Pappy Gunn's hat, but an even more powerful weapon was to follow. While enroute to Australia, General Kenney had experimented with the concept of skip-bombing and had put his aide, Major Bill Benn, in command of a B-17 squadron with instructions to develop low-level attack methods. But the four-engine bombers were lacking in forward firing guns and were practically defenseless against Japanese deck gunners so Kenney ordered that they only attack at night. Pappy Gunn had suggested that once the A-20s had been modified, the practice should be carried over to the B-25s. Kenney recognized that the B-25 modification might be the best solution to his problem of finding a "commerce destroyer" that could be effective against Japanese shipping in low-level daylight attacks. After the A-20 conversion proved itself, he gave Pappy permission to begin work on a similar conversion for the B-25s. By December the project was nearly complete. Kenney picked a new arrival, Major Ed Larner, who had risen from first lieutenant to major in just a few weeks because of his daring in low-level attack, to take command of the 90th Bombardment Squadron, the unit he had picked to operate the modified B-25s. He introduced Gunn to Larner and told him to teach the young officer how to skip-bomb. When the squadron was fully equipped, it moved to New Guinea to wait.

In early March 1943, the converted B-25s teamed up with the modified A-20s in the historic Battle of the Bismarck Sea. The epic battle is recorded by US Navy historian Samuel Eliot Morison as "The most devastating attack of the war by airplanes against ships." The first low-level attack on the morning of March 3 literally stopped the convoy dead in the water. A second attack later in the day finished the job. Not a single one of the twelve transports in the convoy survived the battle - one cripple was sunk by a Navy PT boat - and four of the eight destroyer escorts were also sunk. Suddenly Pappy Gunn's fame spread to no less of a portal than the War Department in Washington, DC. Army Air Corps chief General Henry H. Arnold wanted to bring Pappy back to the States to work with the engineers at Wright-Patterson AFB, Ohio but General Kenney would have none of that. He agreed to allow Pappy go come to the States on temporary duty - during his visit Pappy showed the engineers at Wright Patterson and the North American factory how to convert the B-25 into a gunship. During his visit to the factory at Long Beach he was shown North American's own conversion - the installation of a 75-millimeter cannon in the nose of a B-25.
Shortly after he returned to Australia the first cannon-equipped B-25 arrived and Kenney gave Pappy permission to test it in combat and make the necessary changes to ready the new airplanes for operational duty. Pappy was impressed with the Big Gun and made several spectacular kills with it - and he also made several changes to the design, including the addition of waist and tail guns. In reality, although the B-25G is held in high regard among aviation enthusiasts today, it was actually not very effective and most of the cannons were removed and replaced with .50-caliber guns.


As the war moved further north, General Kenney came up with new ways to utilize the resourcefulness of his "secret weapon." Before the invasion of the Philippines, he put Pappy in charge of a special battalion made up of aircraft mechanics and construction engineers who would go onto the beach immediately after the invasion to set up a forward airfield and then support the arriving fighters and medium and light bombers. Shortly after the Leyte landings, Pappy's experience as a sailor saved the lives of a large number of naval aviators when the carrier Princeton was sunk in the Battle of Leyte Gulf. With their ships sunk and running out of fuel, the only place the Navy pilots could go was the new airfield that was under construction at Tacloban. Night had fallen and there were no lights on the runway - but Pappy Gunn was there with a pair of flashlights. Using the landing signals he had learned as a naval aviator, Pappy guided the Navy fighters to safe landings on shore. (A Marine Corps aviation history claims the airplanes were guided in by a Marine general who had gone ashore with the Air Corps contingent as an advisor/observer.)
Pappy had been fighting his own personal war since leaving the Philippines. His wife and children were all in the hands of the Japanese and the knowledge burned inside him in spite of his jovial exterior. Pappy had a reputation among the young officers and enlisted men as a teller of tall tales and he was always ready with a story. He was also looked on as a hero, and a hero he truly was. General Kenney was afraid that Pappy would decide to take the war to the Japanese on Luzon himself and he issued orders that Gunn was not to be allowed inside an airplane.
The war ended for Pappy Gunn when he was severely wounded by fragments from a white phosporous bomb that was dropped on the airfield at Tacloban. A bomb fragment buried itself in his shoulder, causing great pain and rendering the arm useless. Pappy was evacuated to Australia and remained in convalesence until the end of the war. When US troops landed on Luzon, General Douglas MacArthur personally ordered a "flying wedge" of the 1st Cavalry Division to liberate Santo Thomas Internment Camp, where the Gunn family was being held. Col. Dave Hutchinson, commander of the 308th Bombardment Wing, a special unit that controlled operations in forward areas, went with them to find the Gunn family. Two weeks later MacArthur visited the camp and met the family, then put them on an airplane bound for Australia to join the dad who had become famous throughout the Pacific during the preceeding three years. 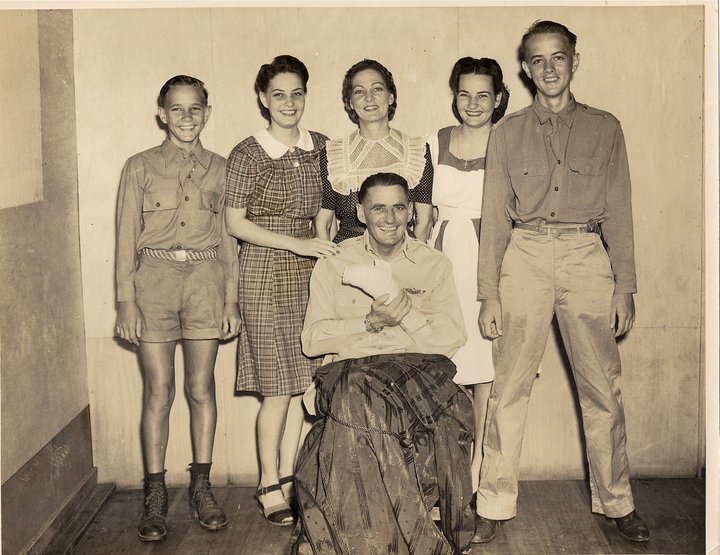 After World War II ended, Pappy Gunn returned to the Philippines and resumed his work with the Philippines Air Lines, then with his own charter company. His biggest customer was the US government, which contracted with his airline to deliver cargo and passengers to areas where it didn't want to have a public presence. He was killed in an airplane crash while trying to avoid a tropical thunderstorm in 1957. His remains were returned to the United States and interred at the US Navy cemetary at Pensacola Naval Air Station, where he had spent much of his naval career. But his memory still lives in the hearts and minds of those who knew him.
The Gunn Family Story Needs To Be Told - Like on Facebook.

The following books might be of interest to Pappy Gunn fans. John P. Henebry knew him in the Southwest Pacific. Nathan Cannon is the pen name of his son Nathaniel. Where The Hell is Indonesia Anyway tells the story of the Gunn's involvement in US covert operations in Indonesia in the 1940s.

A recent book about the Gunn family: