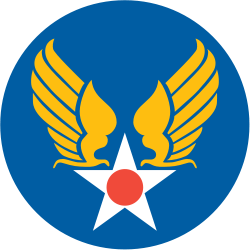 As the son of a World War II veteran and nephew of another, I've had a deep interest in the history of that war for as long as I can remember. Here are some web pages and documents I have uploaded to the web over the years.

My dad an uncle both flew the B-24 - Daddy and Uncle Del.

In the fall of 1940 just prior to the presidential elections, President Franklin D. Roosevelt announted that the Army Air Corps would begin training Negroes as pilots and aircraft maintenance personnel. The following spring the 99th Pursuit Squadron was activatedand training of pilots began at Tuskegee, Alabama later that year. In early 1942 the 332nd Fighter Group activated. The 332nd moved to Italy in early 1944. In the 1960s at the height of the Civil Rights Movement a number of articles and books were published about the "Tuskeggee Airmen" which, unfortunately, greatly exaggerated their record. Here is the real story of the

For more than half a century the report of the interrogations of the Japanese generals responsibile for the defense of Kyushu, where the Allied invasion was planned to take place, was classified Top Secret and kept out of the public eye. The document was finally declassified in 1999, but although it was initially made available to the public, it no longer appears on government

websites. Fortunately, I obtained a copy and uploaded to the Net myself - www.sammcgowan.com/JapaneseGenerals.pdf.